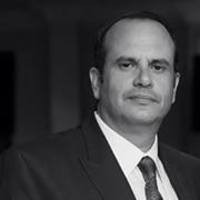 I won a settlement agreement for a delightful client, and two days later he passed away.

Vincent was a kind man with a good sense of humor & full of energy. He found our website online and visited our office. Vincent said that he looked up my name and spoke highly of me. He firmly believed that I will win.

He said to me ‘You remind me of Harvey Specter from Suits TV Show.’ And I laughed!

We had a long discussion about his case, & what were the possibilities of settlement. He was the kind of person who would stand up for what was right and speak when he sees something wrong.

Soon after I received the settlement agreement, I tried calling Vincent. I attempted all means of communications but got no response. Naturally, I got worried. I somehow was able to get in touch with his friend, who said that he has not seen him for days.
He suggested that Vincent might have left the country, but I felt that couldn’t have been the case since we still had to discuss the settlement agreement. I asked him to inform the police and compound security so they can enter his house.

They did, and unfortunately, they found him passed away in his bed.
It’s unfortunate to see him gone. I pray that he rests in peace. He will be missed.

On behalf of Nasreen Alissa Law Firm, we valued him as a client and offer our deepest sympathies to his loved ones.