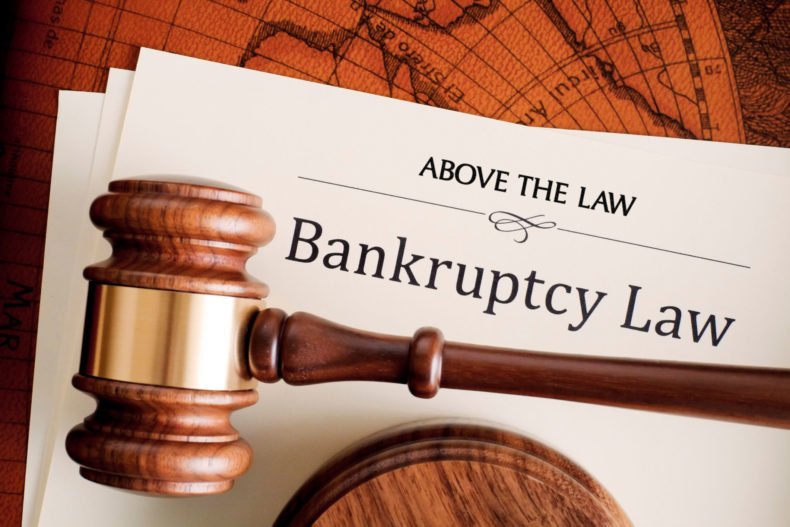 April 2030 is marked as a stepping stone for the betterment of economy in the history of Saudi Arabia, the vision 2030 has came into existence to diversify and strengthen the economy. The ball continues to roll following Mohammed Bin Salman vision 2030 widely known as MBS’ Vision 2030, the administration’s procedure to modernize and enhance the Saudi economy manifesting a clear plan to facilitate the operations of businesses in the Saudi Market. A big leap in that direction is seen in the Saudi Arabia Royal Decree No. M5/1439 dated 28/05/1439H, which approved the new Bankruptcy law and was published in edition number 4712 of Um Al-Quraa (the official gazette.)

The Aims of new Bankruptcy Law

One of the objectives behind the new law is to help the insolvent debtors and bankrupt people so that they can resume their activities and contribute in the economic development besides the main key point that is to reduce the dependence of the country on its oil.

The new law is said to be significantly influenced by bankruptcy laws from other countries such as Germany, the UK, the US, and Singapore, which the World bank and the International Monetary Fund (IMF) have deemed most successful in terms of Bankruptcy regimes. Furthermore, taking into consideration the dynamic needs of the investment market, the new Bankruptcy Law aims to provide an efficient framework that is beneficial to both creditors and debtors in maintaining financial stability, while companies and industries will run into financial crisis. It will prevent them by allowing to enter into agreements which will allow them to schedule specific payment of the debt, reducing the overall timeframe and costs of insolvency procedures, therefore encouraging the fulfillments of the parties’ obligations, and encouraging small to medium enterprises to invest further in the commercial market. It will tremendously help the Infrastructure

It also aims to immensely improve the country’s status in dealing with international cases of bankruptcy, as confirmed by Majed al Rasheed, secretary general of the bankruptcy committee at the Ministry of Commerce and Investment. This is evident in the scope to which the new Bankruptcy Law applies, which will be subsequently explored.

The crown prince Mohammed Bin Salman announced the first details of vision 2030 on 25th April 2016 elaborating the scope of vision 2030 economically completely new Saudi Arabia, the new law encompasses most commercial assets existing in Saudi Arabia. As mentioned by Clyde and Co, this includes Saudi nationals partaking in any profitable/commercial activities in the kingdom, and also foreign investors partaking in any profitable/commercial activities in the kingdom through licensed entities or owning assets existing in the kingdom, and Saudi-registered companies partaking in any profitable/commercial activities or aiming to do so. To maintain the equity between the creditors rights of set-off are regulated the violation of prohibition of transactions done with a view to defraud creditors or conceal assets will attract both financial and criminal heavy penalties this will ultimately result in the better and honest flow of transactions and will hopefully enhance the economic growth rate of the country.

The Bankruptcy Committee, Preventative Settlement, Financial Restructuring, and Liquidation will be the four key aspects of bankruptcy administration in the Kingdom.

Significant Effects of the New Law

An independent administrative and financial legal body referred to as the Bankruptcy Committee will be responsible for but not limited to the set up and organization management of a bankruptcy register, their work will also be the preparation of an inventory of bankruptcy experts and trustees and the issuance of their licenses, they will implement regulations which will govern their work infrastructure, also inspecting all the relevant liquidation and bankruptcy procedures, determining the minimum amount of debt needed to request any liquidation procedure, and providing training to companies and consultation services are some of the basic and important functions of the bankruptcy committee. It is also important to mention that the Committee will be considered as an independent administrative and financial legal body who will be reporting directly to the Minister of Commerce and Investment.

Upon the expectation of substantial financial distress, actual financial distress, or bankruptcy, debtors will be allowed to submit a request for a preventative settlement to the relevant court. According to Najm, this allows the debtor to reach an agreement with its creditors to settle its debts while maintaining the company’s management. The settlement report will then be voted on by the concerned creditors in the hearing date fixed by the court. Finally, the court will either proceed with the settlement or deny it, subject to the provisions in article 15 of the Bankruptcy Law.

The exceptions are as follows:

In simple words it is the financial restructuring of the debtor business and reorganizing the procedure in which the debtor will be allowed to form an agreement with its creditors by reorganizing its financials under the supervision of a bankruptcy licensed trustee. Creditors and any competent government authority will also have the right to request the reorganization of the financial position of the debtors, provided that the conditions for doing so are satisfied.

The debtor, a creditor or the regulator of the debtor, may make the financial restructuring application. The court and creditors whose claims represent two thirds of the value of debts in the same class must approve the financial proposal.

The request for a financial reorganization results in the suspension of claims until:

If the court approves the financial structuring it will apply to the creditors also.

Liquidation is a procedure under which the debtors’ assets will be sold and the proceeds distributed among the creditors under the supervision of the bankruptcy licensed trustee, provided that the debtor is experiencing substantial financial distress or bankruptcy. As mentioned by Najm, if the requirements under article 92 are satisfied, the debtor. His creditors, or any other competent authority can request a liquidation to take place.
If the debtor is insolvent or bankrupt the debtor, a creditor or the regulator of the debtor may apply to the court to initiate a liquidation procedure for the debtor. This procedure can be done when:
1. The application made by a creditor it is able to satisfy a number of formal requirements, if that the debt is due and is for a definite amount.
2. Based on the information he has the debtor believes – that it is impossible to continue his business with his assets being sufficient to cover the expenses of the liquidation procedure.
3. If the debtor is bankrupt or insolvent.
Liquidation should be regarded as last resort procedure in the alternative forms of insolvency administration provided in the new law.

According to Grahame Nelson of Al Tamimi, any transactions done fraudulently, with the intent to conceal assets or harm creditors and stockholders in any way are prohibited and will be set aside by the courts. The courts may also order the payment of compensation and order the recovery of any of the debtor’s assets. Furthermore, the new Bankruptcy Law established a new order of priority in which debts that are deemed of highest priority will be paid before those of lower priority.

In conclusion, the new Bankruptcy Law clearly aims to support businesses. It is also important to seek the right legal law service in Saudi Arabia if any individual/company is considering filing for bankruptcy.

There are many Lawyers in Saudi Arabia, but only a handful that specializes in Bankruptcy Law. Lawyers will help you choose the right chapters of bankruptcy to undertake.