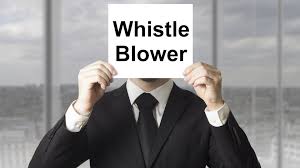 Saudi Arabia is considered as one of the most indispensable players in the Arab and Muslim world, playing a key role on the international stage. In recent years Saudi Arabia introduced a royal decree to protect whistleblowers due to the high rise of corruption complaints. Whistleblowers are not only the assets for an organization, but can provide valuable information to the stakeholders, private and government entities. The announcement intends to secure and protect the whistleblowers and to enhance its lawful fairness and business, thereby accommodating international standards with interest to expand the economy.

Whistleblowers role in assisting the Saudi government to curb down illegal, unethical or dangerous activities has helped the private and government entities tremendously. It has also helped to achieve a great success in the recovery of looted money from its soil, which has boasted the economy of Saudi Arabia.

The National Anti-Corruption Commission (Nazaha) is taking extra measures in protecting whistleblowers. In 2018, the number of complaints Nazaha received rose to 15,591 from 10,402 from what was reported in 2017 and 6,482 in 2016. Financial and administrative corruption cases topped the list of complaints with 74.3 percent of registered cases.

King Salman has also ordered the provision of adequate protection to every employee who submits a complaint against financial and administrative corruption practices to ensure that they are not exposed to any persecution later on.

Whistleblowers play an essential role in not only exposing corruption but also other wrongdoing that threaten people, entities, the environment, public health, safety, financial integrity and the rule of law. However, whistleblowers often put themselves at high personal risk. They may be fired, sued, threatened and, in extreme cases, assaulted. Therefore; seeking legal advice is important.

Saudis are making their way to build a transparent culture that encourages reporting, while protecting confidentiality, which will help foster trust. Therefore, many lawyers in Saudi Arabia, are rendering their services to safeguard the rights of whistleblowers.

The Saudi government is also awarding citizens for reporting cases of corruption, as Saudi leadership is determined and resolute in combating corruption in all its forms, all in line with the 2030 vision, which has made transparency, integrity and the fight against corruption its top priorities.